Maria Montessori, Italy’s first female physician who created a new method of educating young children, once said that the “inner-directed life of the child has its own characteristics and ends, different from those of the adult.”

In other words, children feel, act and behave differently than grown-ups. That concept may be less than revolutionary to present-day educators and parents. But in turn-of-the-20th-century Europe, that kind of thinking was groundbreaking. In those days, youngsters — often viewed as adults in miniature — were to be seen and not heard. Maria Montessori not only saw children, she celebrated their capabilities and found ways to make the most of them. 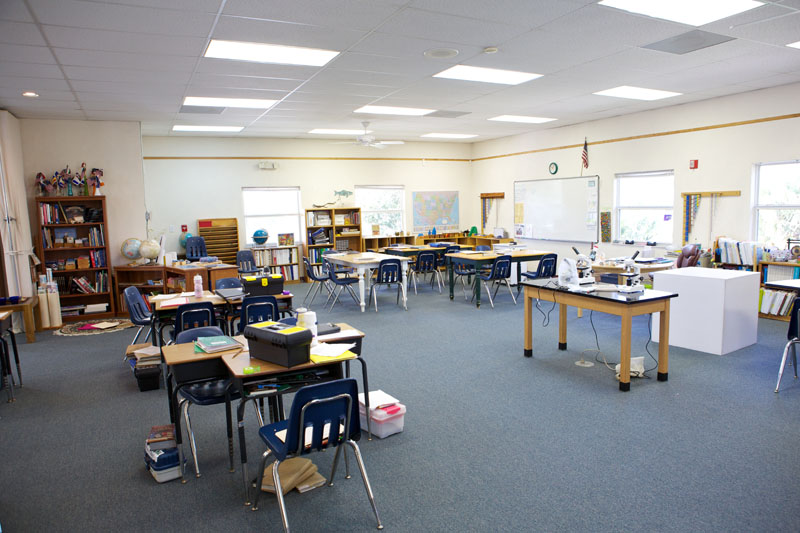 Her unorthodox perspective caught on and has impacted educators and young people across the continents and the generations.

A school founded on Montessori ideals spotlights kids: their development, their physical and emotional needs, and their sense of personal empowerment. “We always come back to the core of the child and ask, ‘How can I help you develop your potential?'” explains Kathleen Wilson, director of Montessori Garden in Seattle.

The Montessori credo is “follow the child.” At the preschool level, that means allowing the child lots of room for self-discovery, Madsen explains. Students are free to move around the room and set their own schedule. If a child decides to spend the entire morning playing with blocks or puzzles, for example, that’s fine.

“They don’t have to work as a group — and don’t have the frustration of being pulled away from what they want to be doing,” Madsen says. “The teacher isn’t insisting, ‘Now we’re going to do this.'”

And if the child chooses to repeat the same activity day after day? “Then it becomes the teacher’s job to entice him into another area of the room,” Madsen says. That kind of guidance, she notes, establishes a positive environment. “The kids are peaceful, non-competitive and happy.”

Visitors to a Montessori preschool school often notice a sense of order and cleanliness, Wilson says. Resources in the classroom are designed to help develop motor coordination, using materials that mimic simple household tasks such as pouring, sorting and washing.

Absent is the cluttered chaos often present when a group of 3- to 5-year-olds gathers. “The kids are calm because there’s order and routine in the room,” she says.

If the Montessori method’s for you, approach Montessori-labeled schools with care: The term “Montessori” is in the public domain (not protected by copyright) and can be used by anyone.

Some Montessori schools base their curriculum on a loose interpretation of Maria Montessori’s teachings. Others insist instructors be trained in a Montessori teacher education program, or be recognized — as Northwest Montessori School is — by an organization such as the Association Montessori Internationale.

Kirsten Richter trains Montessori teachers through Montessori Education Institute of the Pacific Northwest (MEIPN). She encourages parents to look for Montessori schools that employ instructors with at least some teacher training. “If you know they have the education, there’s some consistency,” she says. “That means they’ve read the material passed down from Maria Montessori; the general philosophy is there and in place.”

To earn the early childhood credential through MEIPN, students must complete 345 hours of instruction, along with a course in child development. They study Montessori philosophy and how to apply it to every-day activities in the child’s life. Students also learn to teach the math and language curriculum, classroom management, history and geography, life and physical science, music and movement, and art.

When evaluating a Montessori school, look for teachers who value and encourage a child’s “sensitive periods,” Richter says. That’s when the child focuses on certain points in his development — such as language, movement or order — to the exclusion of other work or activities.

What else should families seek in a Montessori classroom? Richter says the best Montessori schools enable students to: