You are here: Home / Montessori at Home / Physician to parents: You’re doing it wrong 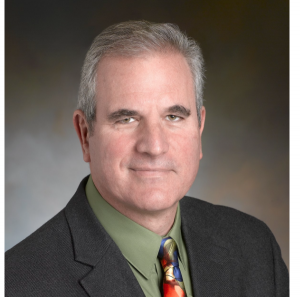 Family physician, psychologist and author Leonard Sax wants parents to know that they are “raising kids wrong.” The author of “Boys Adrift” and “Girls on the Edge” has written a new book, “The Collapse of Parenting: How We Hurt our Kids when We Treat Them Like Grown-Ups.”

“Most American parents are completely confused and going utterly in the wrong direction,” Sax said. “There’s a collapse of understanding what parenting involved.”

In his book, Sax offers a scenario in which parents and a 6-year-old child, who had a sore throat, came into his office. When he said, “Next time I’m going to take a look at your throat,” the mother asked for the child’s permission, saying, “Do you mind if the doctor looks in your throat for just a second, honey? Afterward we can go and get some ice cream.”

That led to the child refusing to have the doctor look in her throat to do the strep test and the child having to be restrained to get the test accomplished.

“It’s not the question,” Sax said. “It’s a sentence: ‘Open up and say, ‘Ahh.” Parents are incapable of speaking to their children in a sentence that ends in a period,” he said. “Every sentence ends in a question mark.”

Some parenting experts told adults that they should offer their children choices instead of telling them what to do and parents believed them, he said.

The hierarchy of parent over child no longer exists, he said. Instead of parents exercising their authority because they know what’s best, they are focusing on making children happy and boosting their self-esteem.

“They now see their job as facilitating whatever a kid wants to do,” he said.

Instead, Sax said, a parent’s job is to teach children right from wrong, teach them the meaning of life and keep their children safe.

“In doing that job, you’re going to do a lot of things a child won’t approve of and not understand,” he said. Sometimes, you have to be the bad guy.

According to Sax, parents should focus on helping children develop skills such as self-control, humility and conscientiousness, meaning they think of people other than themselves.

Those things are the biggest predictors of future success in adulthood, he said, not education or affluence.

Sax said this is a generation of parents who are spending more time with children than any previous generation. But instead of spending time at family meals, this generation is spending time shuttling children from one extracurricular activity to the next or spending time doing their work for them. “It doesn’t help to spend more time with kids if they are spending it in the wrong ways,” Sax said. In his book, Sax cites numerous research studies that found that a lack of parental authority is why obesity is on the rise, why more kids are on anti-anxiety and attention deficit disorder medication, why children are having a culture of disrespect, seem fragile, and why American children no longer lead the world in education.

He offered some solutions:

Have family meals at home and make that a top priority. “You have to communicate that our time together as a parent and child is more important than anything else,” he said. One study found that for each additional meal a family had together, the children were less likely to internalize problems such as anxiety or externalize problems such as skipping school. It also helped children develop good nutrition habits, lessening the obesity problem.

Take screens out of the bedroom. This includes cellphones, computers TVs and video games. Kids are chronically sleep deprived, which leads to poor behavior and can even be the reason why kids are getting mental health diagnosis.

Put screens in public places and limit how they are used. This generation lives life in a virtual world. Online friends can quickly become more important than the friends children see in person. They don’t know how to communicate with someone face to face or have outside interests and hobbies. Video games also rewire the way their brains work. And what they post online never goes away. Install software like My Mobile Watchdog, which will share every photo that they take or post with you.

Teach humility. Give lessons that show children that they are not the most important people in the world. They need to be able to see the world through another lens and be able to handle rejection or failure. It really cannot be “everybody gets a trophy.”

Have an alliance between the school and you. If your child did something, don’t approach teachers or administrators with suspicion and distrust. “Parents swoop in like attorneys demanding evidence,” Sax said. Instead lessons of honesty and integrity should be enforced. That means that a brilliant kid who cheated takes the 0.

Parent what they do. No, your, 14-year-old cannot go to a party with college students or to the beach for spring break. No, they will not be at parties where alcohol is served. and you will not be the one serving it. You have to think of worst-case scenarios like drinking and driving, alcohol poisoning and sexual assault, and know that these are not decisions that they are ready to make because they are not adults. They need an adult, and that’s you. And even if their peers’ parents are fine with something, you don’t have to be. “Other parents don’t have a clue at what they are doing,” Sax said. “That’s why what they are doing doesn’t have good outcomes.”

Some of those things, especially if they are new for your family, can be difficult and might be hard to enforce. Sax recommends persistence and commitment.

“Your kids will thank you, not today or maybe not tomorrow, but some day, perhaps.”